skip to main | skip to sidebar

All Good Things Must Come to an End...

It is with some regret that I am posting to let readers know that The Midnight Movie Review is currently under suspension. However, it's present status is owing to something a little more exciting: Liminal Vision, a new blog which looks at contemporary art, cinema and other things - mostly visual - considering their content. I hope you will enjoy Liminal Vision as much as you may have enjoyed The Midnight Movie Review - the focus has changed but the writing and the ethos is still the same!
Posted by Tara Judah at 4:22 am No comments: 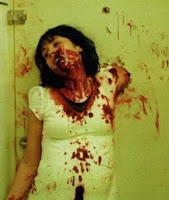 You've got to hand it to the French - when it comes to cinematic extremism, they pretty much own the copyright. However, it is not the so-called 'New French Extremism' that I'm talking about. I want to look beyond the films of Francois Ozon, Gaspar Noe, Catherine Breillat, Phillippe Grandrieux and Bruno Dumont whose films have been, most purportedly to date, set upon breaking down cinematic taboos and bringing confrontation to the big screen. These filmmakers have had their work pitted against the proverbial 'cinematic greats' who came before (not all of them French) such as Pier Paolo Pasolini, Jean-Luc Godard, Guy Debord and Luis Bunuel, and measured against those previous models of taboo breaking their work has been slated for lacking either political, philosophical or artistic merit. I'd venture to say it is because of these criticisms and not in spite of them that the movement has turned a new, critically interesting, corner. For all their commentary upon their own origins, the works I am about to discuss demand the now corroded category 'New French Extremism' be dramatically re-defined. With Alexandre Bustillo and Julien Maury's Inside (A l'interieur) (2007) and Pascal Laugier's Martyrs (2008) comes a mode of extremist cinema that is once again political, philosophical and artistic in merit. 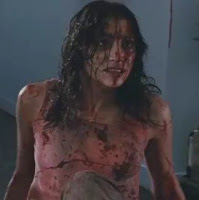 Other Sites I Recommend: